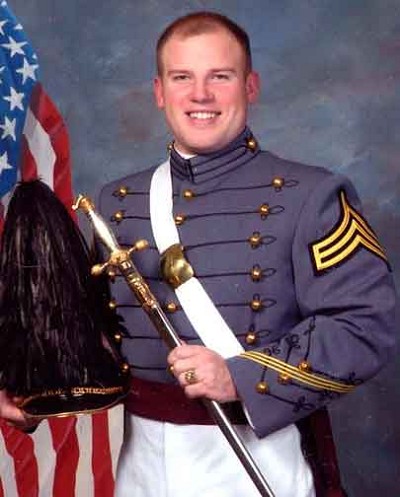 Dr. John J. Cavan, president of Southside Virginia Community College, received an invitation to the 2012 Commencement of the United States Military Academy from a former SVCC student. Nathaniel Aaron Freeland, Second Lieutenant in the United States Army, is a former Governor's School student at SVCC. He graduated this month (May) from West Point. Freeland is from Charlotte County, and completed an associate's degree from SVCC before accepting his appointment to West Point. His grandfather, Joe Freeland, is a former automotive instructor at the college. Dr. Cavan is proud of the head start the college gives to local students in furthering their education.