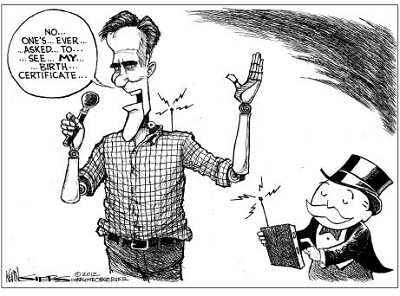 Congress is Firing Hollow Points At All Of Us

Stop me if you've heard this one before: The National Weather Service (NWS) was trying to buy 46,000 rounds of ammunition for semi-automatic weapons.

Makes sense to me.

Look, they deal with the sky all day, every day.

And the sky doesn't play around.

The sky will play for keeps.

Sure, the sun can behave itself, in measured doses and if you engage your force field, armoring yourself with sunscreen.

But the NWS folks are out there, too, when the sky throws down lightning bolts, like some angry god, teeing off with ice the size of golf balls, not to mention sleet and snow and rain.

Remember that derecho back in June?

The NWS needs to fight back and what better means of defending itself than 46,000 rounds of ammo for semi-automatic weapons.

A few shots fired into the sky by the NWS-just as a warning, you know-and the sky will soon be put its place.

An update's coming through now.

I see. A NWS spokesperson, as reported in The Washington Post, has said the ammo is not for the NWS.

Brave ladies and gentlemen in the NWS, then, facing the weather with nothing more than a bumbershoot.

Bumbershoot? Will the NWS covertly shoot at the weather through the tips of their umbrellas?

The NWS spokesperson explained that the ammunition is actually for the National Marine Fisheries Service.

Those folks are marines who battle fish.

Gotta give 'em guns and ammo.

Conspiracy theorists are having a field and stream day, concluding the Feds are stockpiling guns and ammunition to deal with civil unrest in January if sequestration cuts, rather than negotiated compromise in Congress, are implemented.

The Social Security Administration (SSA) also ordered 174,000 hollow-point bullets, or 590 cartridges per agent. According to the Associated Press, the explanation was that its 295 agents carry guns and make arrests, execute search warrants and respond to threats to Social Security offices, employees and customers.

The hollow-points were chosen because they don't go through people into other people. But they are outlawed, for use in war, by the Geneva Convention.

That takes “social security” to a level I never associated with the SSA.

A bill with an ominous name-The Homeland Battlefield Bill-was reluctantly signed by President Obama last year and opens the door for lots of Americans to be indefinitely detained. “I have signed this bill despite having serious reservations with certain provisions that regulate the detention, interrogation, and prosecution of suspected terrorists,” President Obama said of the legislation passed by Congress and placed on his desk.

Homeland Battlefield? The implications are chilling.

Our country 'tis of thee?

The checkpoint booths have been ordered for use in this country. That is obvious. When January passes without a revolutionary war taking place, what's going to happen to the bullet-proof checkpoint booths then?

Turn them into community greenhouses or reading rooms, say I.

Better yet. Do it now and get our insanely partisan Congress, seemingly bent on our destruction, to take control of their Titanic moment, remember that politics is the art of compromise, and come up with a budget that doesn't take the country over an entirely avoidable cliff into an iceberg of their own creation.

Congress taking its usual summer recess is a joke-it's been playing partisan political games all year.

Washington's weather-the effect of mandatory sequestration budget cuts-would rain heavily on us all.

Unfortunately, however, all of their partisan ammo is comprised of political points that are hollow.

And we are all left wounded, some left for dead.