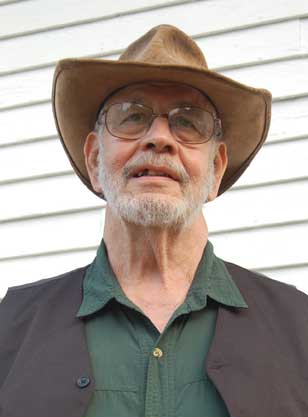 Meinhard Seeks Re-election To Cumberland Board Of Supervisors

CUMBERLAND — District Four representative David E. Meinhard has announced his re-election bid to the Cumberland County Board of Supervisors.

The Republican was first elected to the board in 2011.

During his first term on the board of supervisors, he served as board chair for two years. He has also served as the board’s liaison to the county Industrial Development Authority and as the board’s representative to the Cumberland County Planning Commission. In addition, Meinhard currently represents the count on the Virginia Growth Alliance.

Meinhard said in a press release that he supports responsible economic growth and development, especially through the Industrial Development Authority and the Virginia Growth Alliance.

“He is currently seeking to develop an organization of Route 60 localities to support widening the road to four lanes from Powhatan to Amherst,” states the release.

Meinhard says as businesses and industries evaluate localities, some of their first questions pertain to the availability of natural gas, railroads, interstates and four-lane roads.

“Economic development, business and industry in Cumberland County won’t happen today or tomorrow. It won’t happen until we can answer some of these questions in the affirmative,” Meinhard said in the release.

He stated that he will continue to work “to bring about growth and development that will result in additional jobs and an enlarged tax base for Cumberland County. This will allow continued support for our schools, education, law enforcement and emergency services. In addition, other essential needs and projects can be addressed.”

Meinhard said that the board of supervisors has restructured some of the county’s debt in order to reduce debt service payments. “Now the goal is to make further reductions in the county’s indebtedness,” he said.

Meinhard is opposed to any new taxes, tax increases and any new or increased county indebtedness. “Only to meet an absolute emergency would I favor any new or additional taxes or indebtedness,” he said.

He and his wife, Helen, have two children, both of whom attended school in Cumberland.

“He has a history of service to Cumberland County,” states the release, “having taught in the county schools until his retirement. In addition, he served the county for 30 years as a member of various rescue squads and fire departments and was, for a number of years, the county’s volunteer coordinator of emergency services.”

Meinhard also served as a magistrate in Cumberland for many years.

The general election is Nov. 3.