Those following the progress of the Atlantic Coast Pipeline (ACP) may find an opportunity to learn more about the project and compressor station currently under construction in Buckingham County, and potential job and training opportunities during an event the ACP will hold at Buckingham County Middle School on April 25.

The event, taking place from 5-7:30 p.m., will feature representatives of the project who will be on-site to discuss the progress of the project, a notice from the ACP cited.

“Project team members will be available to share information about construction activities, including safety measures in place to protect the community, our crew members and the environment,” the notice cited.

According to the notice and a Dominion Energy spokesman, representatives from four major trade unions on the ACP project and Spring Ridge Constructors, the construction contractor for the ACP, will also discuss training and job opportunities within the ACP.

“This was a great opportunity for them to be able to meet with folks from the local community that might be interested in working on the project,” Ruby said about the representatives meeting members of the community.

Concerning the compressor station that runs through Buckingham, Ruby said the station “is a non-union job, so our contractor will do the hiring for that facility. The pipeline construction workforce will be hired by the trade unions.”

Ruby encouraged members of the community to attend the open house.

“We thought this was a good opportunity to inform the community and landowners about what construction is going to look like in your area, and when we’re going to be doing different types of activity in different areas,” Ruby said about the open house. 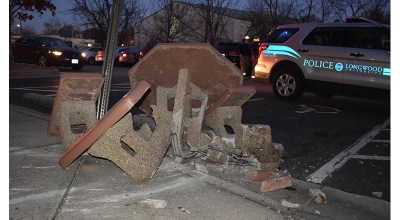 High Bridge to close for 3 months

Nothing exciting in this week’s weather

WFLO radio stations to be sold

Northam: ‘Get shots in arms’

Raising a glass to pet adoption