Power of prayer is needed now

I have been reading with interest the opinions of those concerned about the Confederate monument and thought I would write to offer some historical context regarding how it came to be and why it is so treasured.

The removal of this shrine risks the creation of animosity in this community. Just the mention of removal is painful to those, including myself, who are descended from veterans of the war and proudly gaze at it when motoring, or walking along High Street.

It is a part of Farmville and what many from afar come to enjoy whilst engaged in Civil War pilgrimages. Mostly, it is an affront to the memory of those who defended Farmville and Prince Edward County against an invasion.

They did not lay on sidewalks pouting, they went to fight for their families and property enduring hardships unimaginable to us today. This attempt to erase their memory is simply intolerant, inconsiderate and callous.

The monument became a reality after five years of fundraising starting in 1895 with the establishment of the Prince Edward Memorial Association. By 1896, the Appomattox Chapter of United Daughters of the Confederacy was established in Farmville and the effort gained momentum culminating with its dedication on October 11, 1900 before a throng of onlookers.

To learn more, I suggest you read my article “They Came by Buggy, Mule and Model T” regarding the monument and subsequent Confederate Veteran Reunions in the county including the 39th Annual Virginia State Convention of U.C.V. and S.C.V. in 1926.

I think of the Normal School girls who hurried to the N.&W. depot with great excitement when the bronze figure arrived. There they assembled together to pull the wagon carrying the 1,700 lb., cast bronze figure of a typical Confederate soldier with musket ready to its place of honor which became known as “Monument Square.”

tall figure bears the grim look of determination to confront an aggressor and protect his own. This is comforting and bears great social value we should all appreciate. I wonder what the ladies of the Normal School would think now of their alma mater and current administration. My guess is they would sob with the disappointment of betrayal. How their fathers and grandfathers were dismissed as undesirables.

Farmville’s Confederate monument should stay where it has peacefully reigned for 120 years. It hasn’t harmed anyone, if for some strange reason, someone decides to be offended by its artistic grace and elegance, I suggest just don’t look at it.

Problem solved. And on the cheap.

To justify the considerable expense in the removal of the statue, there should be a very good reason and barring an eight-lane freeway coming through town, I cannot think of any reason.

“I do not like it” is certainly no reason. Should the will of Farmville’s native citizens be ignored and the monument moved, I believe the cost should be paid by the proponents of its removal, not the Farmville taxpayers.

Let them put their money where their mouth is and I believe this will all just go away. As it should. 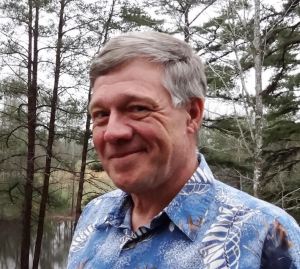 Bob Flippen is the Proprietor of Southside Virginia Historical Press and resides in Cumberland County. He can be reached by email at svhp@kinex.net.