22-year-old in serious condition after crash on 460

Two men were injured and one remains in serious condition after an accident early Sunday morning, May 17, on Prince Edward Highway in Rice.

An F-250 was traveling west on U.S. Route 460, just west of Pisgah Church Road, when it went through the median, struck the guard rail and overturned, ejecting both the driver and passenger.

The driver of the vehicle, Thomas Pairet, 22, of Farmville, and the passenger, Jonathan Fulcher, 22, also of Farmville, were both taken to Centra Southside Community Hospital.

Ollie said Fulcher was treated at Centra. His injuries were not life-threatening.

Pairet sustained serious injuries and was airlifted to another hospital for further treatment.

A release from VSP Public Relations Director Corinne Geller stated Pairet was not wearing a seat belt when the crash occurred.

Ollie said charges related to the accident are pending and the incident is still under investigation.

He added the night’s heavy rainfall may have been a factor in the crash.

LETTER – A different view of the ‘Prodigal Son’ parable 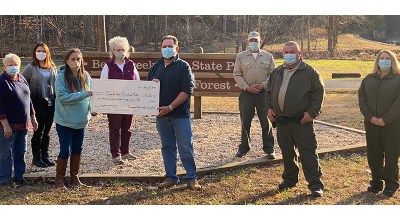 LETTER – How is Good supporting Trump helping us now?

Clinic to serve as model

One arrested, two at large in AT&T store break-in