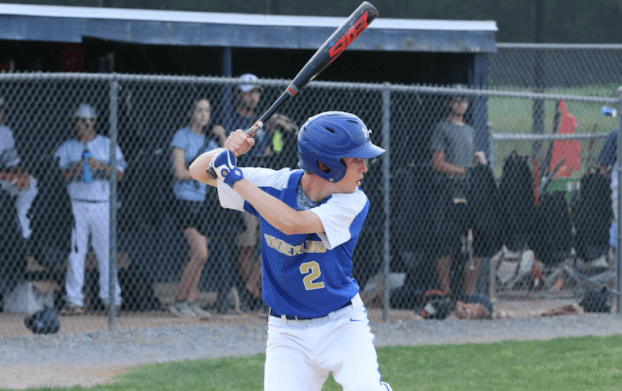 Cumberland County High School’s Jason Cooke was expected to bring his talents as a leader, batter and base runner to the 2020 Dukes. He was set to be their leadoff batter and their team captain.

The captain of the Dukes

The COVID-19 pandemic ended the Cumberland County High School varsity baseball team’s 2020 season before it began. Nevertheless, the Dukes had their captain all lined up. It was going to be senior Jason Cooke.

Cooke was a key returner from the 2019 Dukes squad that finished 11-10 overall, recording the program’s first winning season in more than 20 years.

“It was a lot of fun,” he said, reflecting on a campaign that included the Dukes’ first-ever regional playoff win. They shut out visiting Rappahannock County High School 5-0 in the first round.

Cumberland Athletics Director Joseph Nowak, who was serving as a coach for the 2020 Dukes, said Cooke stood out in preseason practices this year.

Cooke was frank when describing what this spring has been like for him.

“I’m not going to lie — it’s been kind of hard not being able to play,” he said, “but I’ve kind of enjoyed the time off of school. But it really sucks that I’ve got to miss my senior season. I had put a lot of work in preseason and was hoping to do alright, but I don’t know. It’s been tough.”

This would have been Cooke’s fourth year on the varsity team after being called up halfway through his freshman season.

Over those years, he played several different positions for Cumberland, including pitcher, centerfielder, shortstop and a little bit of third base during his sophomore campaign.

The coaching staff had decided how they wanted to deploy Cooke on the field this year.

“He was going to be our primary closing pitcher, occasionally starting some games, and then when he wasn’t on the mound, he’d be filling in mainly at shortstop and occasionally at centerfield,” Nowak said.

Pondering what he brought to the Dukes to help them succeed, Cooke highlighted his abilities on offense.

“I succeeded on the base path and scoring runs, I’d say, because I never had many RBIs last season, but I scored a lot of runs and had a bunch of stolen bases,” he said.

Nowak and the 2020 coaching staff had already taken these strengths into account with how they were using Cooke during the preseason.

“He was batting leadoff, so (he had) a very good bat,” Nowak said. “He had some of the best speed out of the batter’s box that we saw in the time leading up to the start of the season, so we thought as though he was the proper selection for the No. 1 spot.”

Cooke has historically found joy in every aspect of the baseball season, which helps explain why the lost year is so difficult for him.

“Practices were always fun, and game days, when everybody gets hyped and ready to play, all that excitement, I miss that a lot,” he said.

His 11-year baseball career began when he was 7, playing Dixie Youth Baseball with the Prince Edward-Farmville Youth Association. Then he went on to play for Cumberland and several travel ball teams, including the Southside Storm, Appomattox Raiders and Triple Threat.

He has hopes to continue his playing career at one level or another in college.

“I was going to try and play club baseball at Hampden-Sydney (College) and maybe try and walk on there to their varsity team, but I haven’t had any commitments or anything yet,” he said.

In terms of his academic focus, he noted he is thinking about majoring in business or economics.