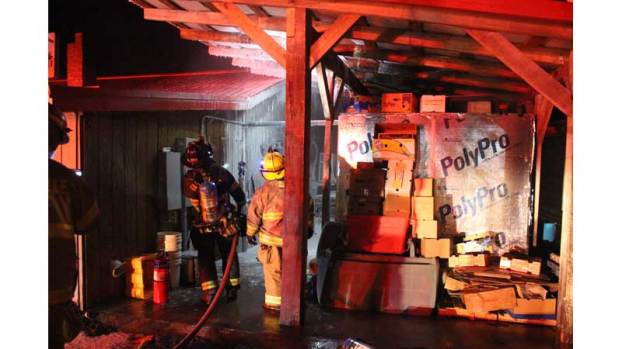 Crews responded Monday, Jan. 25, to an exterior building fire at the Spring Hollow Farm Market off of Route 15 in Buckingham County.

According to James Redford, assistant fire chief with the Prospect Volunteer Fire Department, a call came in at approximately 6:55 p.m. Monday for a reported fire at the back of the building.

Upon arrival, units confirmed the source of the fire was a deep fryer on a back patio behind the building. The fire was extending up the exterior wall and to the roof line of the structure.

Redford said firefighters were able to knock the grease fire down quickly using a foaming agent. As the fryer was hooked to a propane cylinder, the cylinder was cut off and disconnected, and the fryer was moved away from the building.

The building, Redford said, was unoccupied at the time of the fire. No injuries were reported.

Tuesday morning, Jan. 26, store owner John King said the damage to the building was thankfully very minimal, and the store was open that morning. Store hours are not expected to change as a result of the incident.