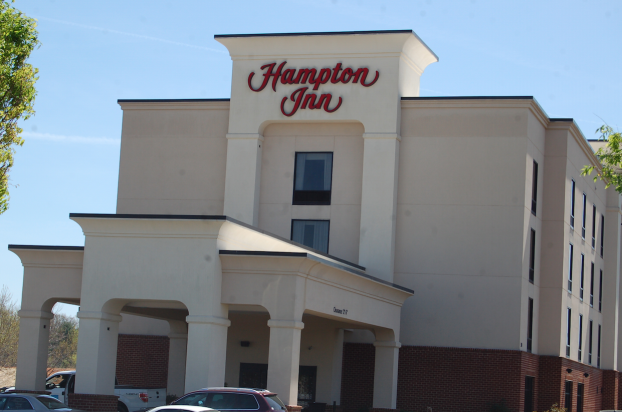 Saturday morning, Feb. 20, the Hampton Inn and Holiday Inn hotels in Farmville both showed no availability.

A front desk worker at the Tru by Hilton Hotel on South Main Street said there was no room availability as of Saturday morning, although they advised rooms may become available later in the day.

Economy hotels in the area have also seen a large increase in room rentals following the winter storm that has left some without power for a week.

On Saturday, Asia Wilson, a front desk worker at the Days Inn hotel in town, said the inn had seen a large increase in room rentals during the power outages, so much so that the hotel eventually sold out of rooms.

Wilson said on Saturday that Days Inn still had no availability.

Mike Patel, general manager/owner of the Super 8 in Farmville, said his hotel began selling out of rooms last weekend, adding that economy hotels are typically the first to sell out after power outages or other large weather events.

“Yeah, we were sold out almost every day,” he said.

He said the hotel did see some power line workers check in to stay following the storm.