A single-vehicle crash on Green Bay Road claimed the life of a well-known Prince Edward County man who was once honored for his heroism in helping save a man’s life.

A press release from the Virginia State Police said William S. Coe Jr., 52, of Green Bay, was ejected from his 2012 Chevrolet Tahoe when the vehicle ran off the left hand side of the road and overturned in the 8100 block of Green Bay Road. The press release said he was not wearing a seat belt.

Coe is the husband of Prince Edward County Clerk of Court Lynette Coe.

Billy Coe, as he was known, was honored by the Prince Edward County Board of Supervisors in January of 2020 after he brought his boat to a county pond to assist fire and EMS crews rescuing a stranded fisherman whose boat had capsized.

“And I want to say to this gentleman, personally, that that was a heroic situation. It took courage beyond the normal call of duty to do that, and I’ll tell you, this board, we wish we had more citizens and constituents like you that’s willing to go beyond the call of duty in a life-threatening situation to save someone else’s life,” then Board Chairman Jerry Townsend said to Coe during the meeting.

Coe was the owner of Coe’s Tree Service. The crash remains under investigation. 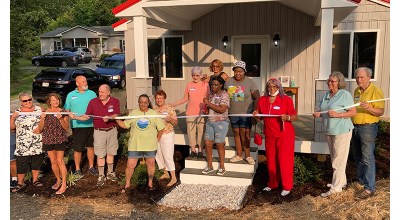