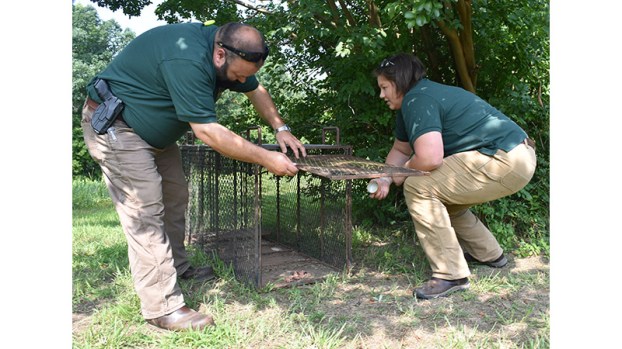 From rescuing neglected pets to wrangling loose farm animals, no two days in the life of a Prince Edward County Animal Control officer are ever the same.

Nestled at the back of County Shop Road is the Prince Edward County Animal Control building. Manned by Chief Animal Control Officer Chris Riviere, Deputy Animal Control officer Ariel Adams and one part-time shelter assistant, the building serves not only as headquarters for the county’s officers but also as a shelter to the dogs and cats who are picked up or seized by workers.

Although most county residents have called for assistance from animal control at one point or another, many people do not know the intricacies of the job or the history behind it.

The current shelter, according to Riviere, was built in the 1970s and serves residents of Prince Edward County. The Town of Farmville has its own animal control office.

With its number of runs, the state veterinarian allows the shelter to house 11 dogs and nine cats.

Besides caring for the animals at the shelter, the animal control officers’ jobs include navigating through the civil and criminal side of the law. The officers investigate cases of animal abandonment or neglect and, when necessary, seize an animal and attend a court hearing to obtain possession of the animal.

For farm animals, officers contract with a local farmer who wrangles, houses and cares for the livestock until they are turned over to their owner or sold at auction depending on the legal circumstances surrounding the case.

For dogs and cats the shelter comes into possession of, the officers help to locate an owner. If no owner is found or the animal has been handed over to animal control in a court ruling, officers also help to get those animals adopted out to loving owners, often partnering with other releasing agencies such as the Southside SPCA, the Richmond Animal League and others.

When adopting a pet out themselves, officers run background checks on potential owners and look for anything that would indicate a history of violence or animal-related offenses. They also look at things like vet references and if the individual has means to care for the animal. It costs $50 to adopt a pet through Prince Edward County Animal Control, which includes the price of a rabies vaccination.

Although finding pets a good home is a huge part of what officers do today, when the current building was first constructed, Riviere explained, public outreach and adoption efforts were not as prevalent.

On Thursday, July 22, the shelter had one cat and 11 dogs in its care. While some animals had only been at the shelter for a few days, others had been there for several months.

Decades ago, Riviere explained, the industry standard was for animals to be picked up and held for a specific amount of time before being euthanized.

“That is a stigma that we are desperately trying to get away from,” he said.

As an animal control officer, Riviere feels passionately about making every effort not to euthanize an animal.

In the state of Virginia, a facility qualifies as a “no kill shelter” if staff euthanize less than 10% of animals brought in. To be a “zero kill shelter,” the facility must euthanize no animals. Last year, Prince Edward County Animal Control euthanized just 4% of its animals.

“Unfortunately, we had to put one dog down last year,” he noted.

Getting pets adopted out and in the hands of loving families is always at the forefront of Riviere’s mind. However, because the shelter size is quite small and the dog runs can often be full, this can cause frustration to some residents who call about a stray on their property, as the animal can’t be picked up until there is room in the shelter.

In these circumstances, Riviere takes down the information on the case and calls back as soon as a run is opened in order to check if the animal is still around and can be caught.

Officers are authorized to euthanize an animal for medical reasons such as fatal injuries or if an animal is ordered to be put down by a court. While the office is authorized to make space in the kennel by euthanasia, officers with the county make the choice not to do so.

“I don’t believe that we should bring in a viable animal and make it disappear just to make space,” Riviere said.

Besides responding to calls about neglect, cruelty or code issues such as tethering, leash laws or animal shelter requirements, Prince Edward County Animal Control officers perform a variety of duties. They also often receive calls for issues that they are not technically allowed to deal with.

While Riviere said the officers receive calls for anything living and breathing, they are only allowed to respond to certain issues as stipulated by the state.

While you might think to call animal control for creatures such as bears, foxes, racoons and more, wildlife is not under the jurisdiction of animal control officers. However, a wildlife resource officer can refer a caller to animal control if they are busy or need assistance.

Although officers will help with the occasional possum or groundhog, or sometimes a snake inside a residence, Riviere advises residents to contact the Wildlife Conflict helpline at 1-855-571-9003.

People also often call animal control to pick up deceased animals on the side of the road, but that duty falls upon the Virginia Department of Transportation.

Officers also respond to calls about injured animals. When this happens, they can bring the animal to the office to stabilize them and often partner with the SPCA and humane societies who have staff to handle complicated medical procedures for furry friends.

Animal control officers also do things like handle dog tags and kennel licenses and address complaints about animals on the loose. They also set up traps to capture lost or stray animals.

Although on call 24/7, officers typically arrive at the office at 7 a.m. The shelter averages approximately 150 calls a month. When checking voicemails, you never know what you might hear. On a given day, residents call for a variety of reasons from pet adoption inquiries or injured animals to advice on how to deal with a skunk in the yard.

Riviere also recommended residents advertise the lost pet with the help of a local radio station, classified ads or the Facebook group Farmville VA Lost Pets, which he himself checks in on periodically.

While the officers make the best of the resources they have, Riviere highlighted officers are hoping to be granted funds for a capital improvement project which Prince Edward County Animal Control applied for this year.

Riviere hopes the funds, if granted, will allow for the construction of a brand new animal control building.

He hopes this new building could include a much larger kennel to house upwards of 20-30 dogs and 16-20 cats to keep up with demand and prevent the shelter from often being at capacity and having to turn away animals.

The new building would also help to put the office in line with some parts of the state code it does not currently meet. With a lack of storage space in the kennel, the office is sometimes forced to store items in the isolation room which is meant to house diseased animals which must be quarantined for issues such as canine parvovirus or feline leukemia. The office also does not have a whelping area for moms and newborn puppies and kittens.

Riviere said he would love to see the current kennel utilized as a large isolation building or a building for seized animals to be housed. He’d also like to see the office take on a full-time shelter operator so that animal control officers can focus more on calls.

Prince Edward County Animal Control is currently in the process of upgrading its fleet. The office recently obtained a new animal control vehicle used to respond to calls, and another truck will arrive soon. 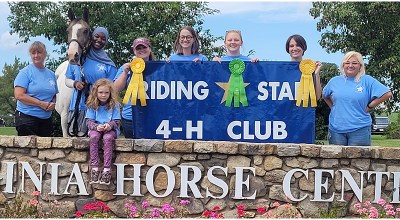 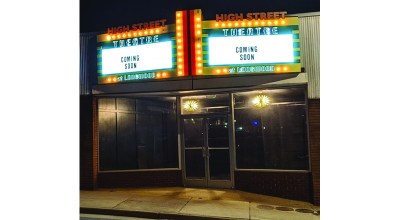