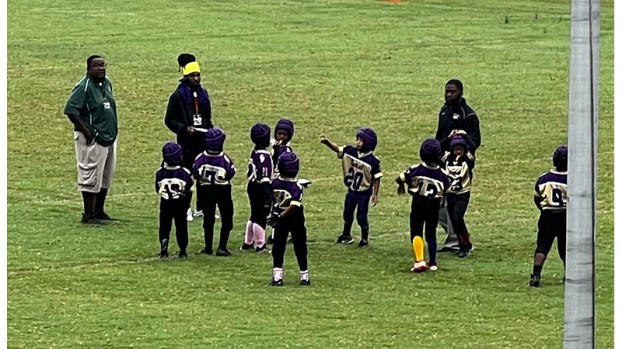 The Prince Edward Youth Football and Cheerleading teams of the James River/Southside Youth Football League (JRSYFL) had its homecoming game versus the Cumberland Dukes at the Prince Edward County High School Football Field on Oct. 2. Beginning at 10 a.m., the flag football team, ages 5-7, started the day with a win with the score of 42-0. The Minors team, ages 8-9, followed with a 13-0 win and the day concluded with the junior varsity team, ages 10-11, with a 23-0 win.