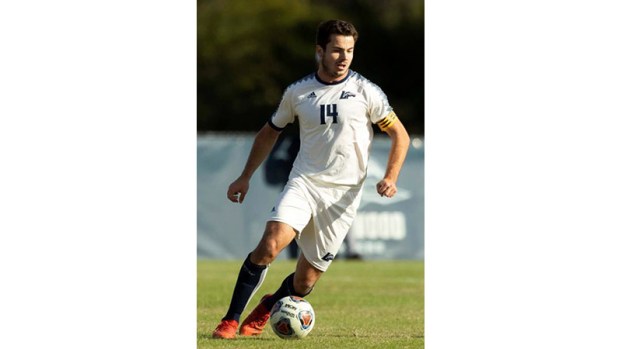 Following the conclusion of the Big South men’s soccer tournament, the conference announced Ander Etxaniz was selected to the Big South All-Tournament team.

A mainstay in the Lancer midfield throughout his career, Etxaniz helped the Lancers tie a program best with a third-place Big South finish that led to a home match in the Big South tournament. In that tournament match, Etxaniz tallied an assist while also posting three shots, a season high, with two shots on goal against Gardner-Webb.

That effort was the continuation of a season that saw Etxaniz selected to the All-Big South Second Team while serving as a key player in the middle of the field. He played box-to-box as holding midfielder, while also going the full distance in six matches while playing a career high 1,333 minutes.

Defensively, the native of Deba, Gipuzkoa, Spain helped the Lancers rank fourth in the league in goals against per game, and he also helped set up Longwood’s possession game from the back. He finished with one goal and one assist on the year, and he helped Longwood post a 4-3-1 record in Big South play, the program’s first winning record since 2013.

In his career, Etxaniz played more than 4,500 minutes while also starting all 59 matches he appeared in, including 17 this season. He finished with eight career goals to go with five assists, and he scored the game winner three different times.

The Lancers wrapped up their best season since 2013 with a hard-fought 2-1 loss to Gardner-Webb in the Big South Conference Tournament.