1 day ago by Letters to the Editor.

Letter — Superintendent should comply with guidelines

To the Editor: Anger. Frustration. Shock. Utter disbelief. These are the emotions I felt when I read Dr. Barbara Johnson’s rationale for Prince Edward County ... Read more

To the Editor: On behalf of Veterans of Foreign Wars Post 7059, I am writing to bring attention to an article that appears in the ... Read more

Opinion — Is Virginia really No. 1 for business?

It was great news that, according to CNBC, Virginia is the number one state in the nation to do business. An honor like this is ... Read more

Opinion – Republicans need to stop rooting against the state

One would think that Virginia winning its second consecutive honor as the top state in the nation for business from CNBC would be something we ... Read more

Letter – Confederate soldiers did not have a choice

To the Editor: I am responding to your editorial rant of July 21 about the Confederate statue. I especially take issue with what you said ... Read more

To the Editor: Now that the current Cumberland County Administrator has given notice of his departure, I know that a replacement can be found that ... Read more

To the Editor: Why is it that Republicans invariably cast pessimistic views on Democrats’ plans, without completing the whole picture? I won’t question that the ... Read more

To the Editor: Why is it that Republicans invariably cast pessimistic views on Democrats’ plans, without completing the whole picture? I won’t question that the ... Read more

By Karen McElfish Virginia Mercury This past year has challenged Virginia in unforeseeable ways. Our faith communities have been tested by not one, but four ... Read more

Letter — Do your part to protect our environment

To the Editor: Virginia is among the top three states in our country for accepting trash. The most recent report from the Virginia Department of ... Read more

Letter — Buckingham is fortunate to have medic service

To the Editor: During these days of controversy and negativity, I just wanted to report that good things are still happening and people do care ... Read more

Response to, ‘Are we a Christian nation?’l

To the Editor: In response to, “Are we a Christian nation?” How many Christians support killing a child as it is being born? Gov. Ralph ... Read more

Democrats have been doing their dead level best to make electricity more expensive for Virginians. In 2020, they passed the Virginia Clean Economy Act, which ... Read more

Jesus can save you

To the Editor: This letter is one that is not political, nor religious but an invitation for salvation, relationship and eternity. First let me make ... Read more

Pandemic divided us when we should have united

To the Editor: King Oedipus is the subject of what is possibly the most renowned tragedy in literary history. This most beloved king of Athens ... Read more 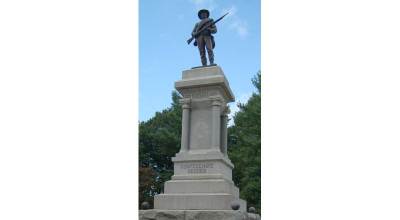 In Charlottesville, statues of Robert E. Lee and Stonewall Jackson were taken away on flatbed trucks this month. In Richmond, a dozen Confederate statues have ... Read more

Letter — Response to ‘What’s Wrong with Us?’

To the Editor: In the Wednesday, June 23, edition, The Herald’s editorial staff published an article titled “What’s Wrong with Us?” in which they assert ... Read more

Employment data for Virginia presents a complicated picture. In 2019 before COVID-19 shutdowns impacted the economy, Virginia reported an unemployment rate of only 2.7%. During ... Read more 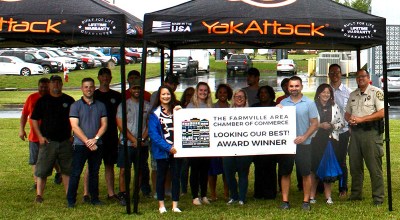 Let us know your unique talent

As the world wakes up from its pandemic slumber, I find myself questioning why I didn’t learn a new talent or get a new hobby ... Read more

Last week’s news was filled with violence and bloodshed all too close to home. Central Virginia saw a rash of murders unlike anything in recent ... Read more

Editorial — Crossroads needs a strong board

During this time when the Crossroads Community Service Board is searching for an executive director, it would be a good time for the Crossroads board ... Read more

Are we really a racist nation?

The phrase “Can’t we all get along?” by the late Rodney King was uttered after he was brutally beaten by Los Angeles police officers three ... Read more

Letter – What language do you speak stranger?

To the Editor: “Twas brillag and the slivey toves did gyre and gimble in the wabe. all mimsey were the borrogroves and the moams wrath ... Read more

Letter – School Board needs to try something different

One year ago, I took it upon myself to write a review of our local Walmart’s online ordering and pickup to help others decide if ... Read more